It felt like summer had arrived early last week. Thoughts of the polar vortex were a distant memory as temperatures soared to almost 20 degrees celsius. This was the first time we had seen such warm weather and what a difference it made. It was so nice to be able to leave the winter coats at home and take a walk around Manhattan with the gentle warmth of what almost felt like spring. [Note: we soon got a slap in the face and a reality check when 4 inches of snow fell yesterday, but the sun was great whilst it lasted]. Warm weather meant an excuse to do some more exploring, on foot – which remains the very best way to see the sights. We headed along Riverside Park, which hugs the banks of the Hudson River, on the west side of Manhattan. Whilst Central Park gets all the attention (and for very good reason) it was great to discover another gem of the city. The park runs from 125th Street for a good couple of miles, down to 72nd Street. At the top end, the impressive Columbia University can also be found. It is an amazing campus with incredible architecture. Having become so familiar with the Upper East Side from our first ‘home’ on 83rd Street, it is now really enjoyable to be doing some more exploring on the West Side. 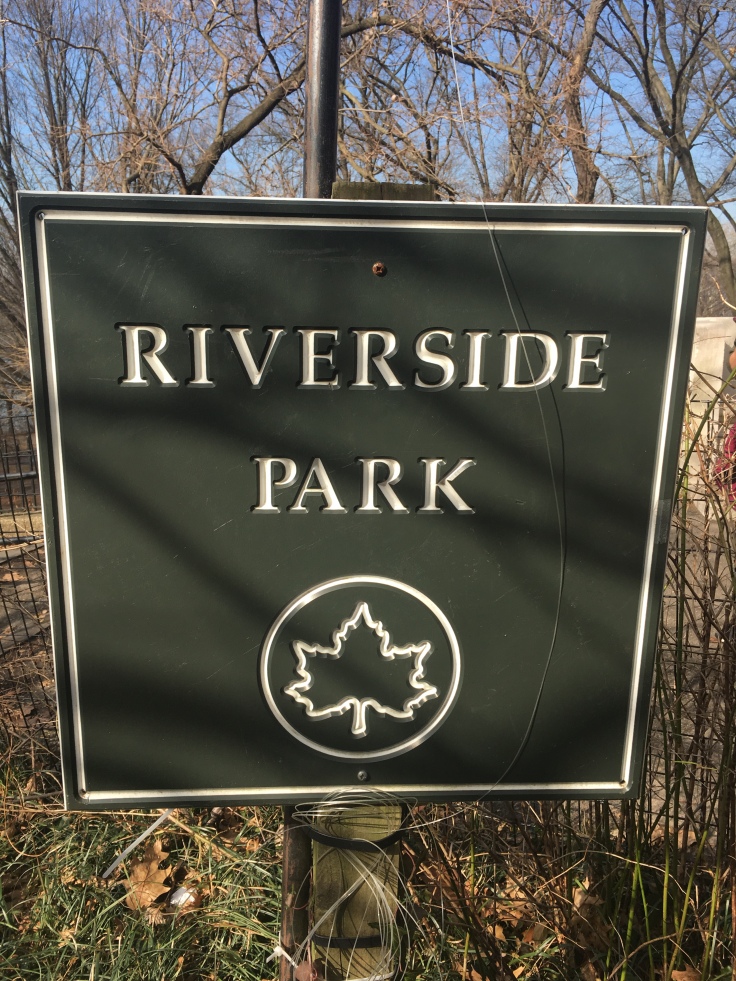 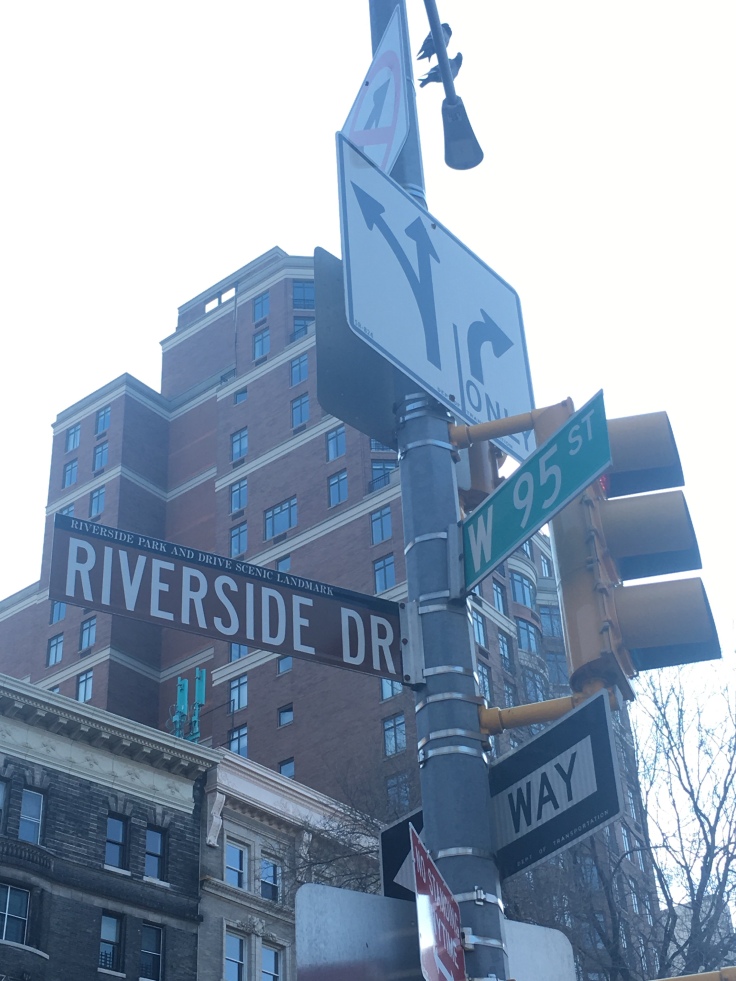 Just below 34th Street, to the south of the Hells Kitchen Neighbourhood (where John Jay College is located) is the new area of Hudson Yards. A Subway station has recently been opened here and a number of new skyscrapers are close to completion. Wikipedia tells us that this redevelopment is intended to expand the midtown business district westward to the Hudson River. New retail, business and residential premises are now starting to be occupied. The Hudson Yards observation deck is set to become the highest outdoor observation deck in the western hemisphere: a glass floor, that extends out from the building by 65 feet and hovers 1000 feet above the street below, not one for the faint hearted.

The High Line is another famous tourist attraction in this part of town, a calm oasis in the mayhem of NYC, this 1.4 mile elevated parkland has been created on a disused railway line. It weaves its way between the skyscrapers and heads south between 30th Street and 12th Street. Some local residents are less than pleased, with a loss of privacy being a frequent complaint due to the proximity of apartment windows to the tourists meandering past. A gripe I can certainly sympathise with – but a really nice walk in the sunshine nonetheless. I last did this walk about 3 years ago, in May temperatures in the mid 30s, sun beating down off the glass skyscrapers all around, so it was nice to do it in a more pleasant climate this time.

One of the great strengths of NYC is the distinctive characteristics of each neighbourhood. Just a few blocks can take you from one neighbourhood to the next with a totally different look, feel….and house price! Charles Street in West Village is the perfect example of a neighbourhood within a neighbourhood. Tucked away from the noise and bustle of the rest of NYC, like a swanky mews development would be in London. If you happen to have a spare £12m burning a hole in your pocket – this place would be a great buy!

My weekly lunch date with the gang from John Jay had a new attendee this week. Dr Frank Pezzella is a national expert on hate crime. We first met back in November, so it was nice to catch up. Frank was brought up in Harlem, in the area where I am now living, so he has kindly offered to provide a guided tour next weekend. I look forward to finding out a bit more about the area I am now calling home. We also revisited some conversations we had in the autumn about how citizens perceive police use of force. We have an idea for some comparative research, between the UK and US – so will be progressing this over the coming weeks.

After work on Friday, we picked up a hire car and headed north. It was time to escape the city and see a bit more of New York State. We had been told it was all trees and water – and that is exactly what we found. With the City being a concrete jungle, it’s strange to think that within just a few miles it is open forests, rivers, rolling hills and small towns dotted around the country side. It was 12 degrees celsius when we left the City. Seven hours later, as we pulled into Niagara, on the Canadian border, it had dropped to minus 5, with a wind chill to take your breath away. The snow had started to build and the roads were icy, so we grabbed a quick dinner and headed to bed ready for a day of exploring the falls. Being the off season, with much of the Niagara River frozen over, there were very few tourists around, which made it even more enjoyable. We did some exploring, took plenty of pictures and then headed into the visitor centre to thaw out. 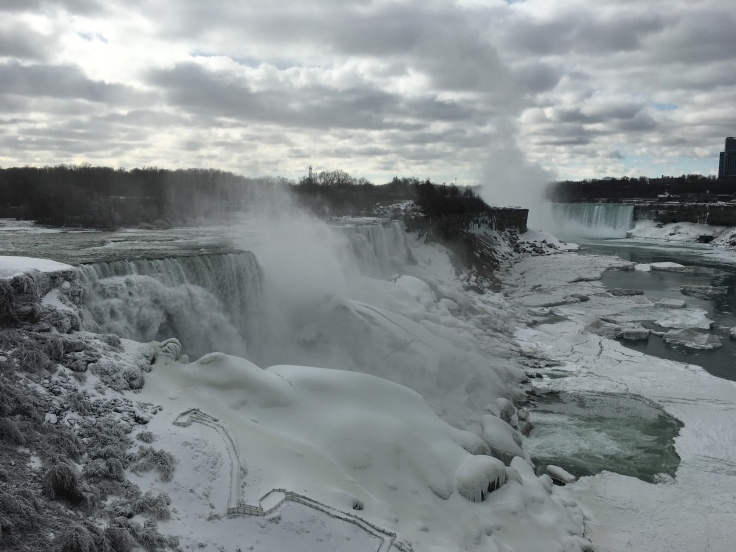 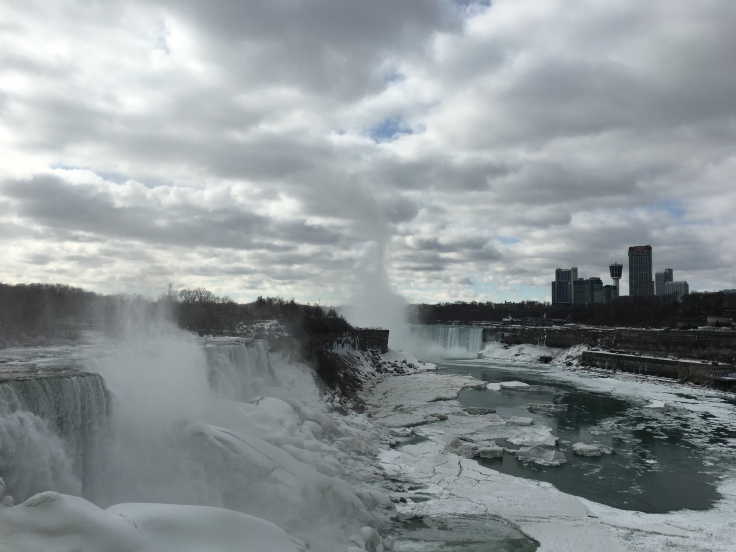 Once toes and fingers were moving again, it was into the car to drive over the Rainbow Bridge, the gateway to Canada. A quick exchange of pleasantries with the border officer (dark glasses, robocop style, clearly not in the mood for any banter) and we were onto Canadin soil. Just 90 minutes later we were parked up in Toronto and heading for the CN Tower, for some spectacular views of the city and out over a (partly frozen) Lake Ontario. It was nice to spend the afternoon over the border. Not long enough to make any particular conclusions, other than we found a very nice curry house and the Canadians definitely know how to make a Chicken Tikka Masala.